A “chic” Parisian address moored on the quay of the same name, Le Voltaire offers a creative and elegant traditional French cuisine, made from the precious products of the French terroir. In a warm and elegant decoration with massive woodwork, this legendary table is located on the ground floor of the building in which the writer François-Marie Arouet, known as Voltaire, lived. 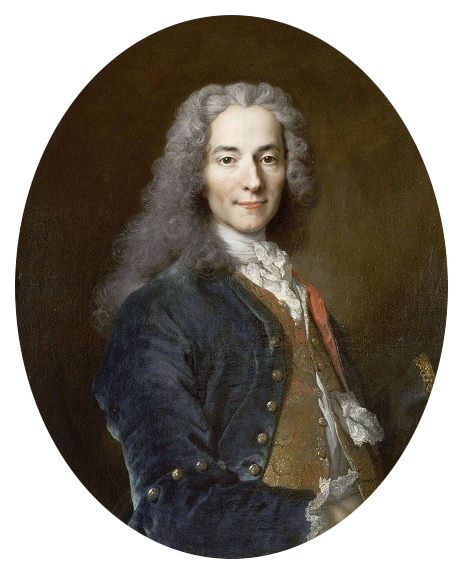 François-Marie Arouet, known as Voltaire, born on 21 November 1694 in Paris, the city where he died on 30 May 1778 (at the age of 83), is a French writer and philosopher who marked the 18th century and occupies a special place in the French and international collective memory.

The abbot of Châteauneuf then introduced him to the worldly and libertine circles of Paris. His whole life oscillated between worldly and literary successes, exile in England and Prussia and stays in the Bastille.Indeed, behind the skillful playwright and the wealthy businessman was the philosopher who was fond of tolerance and who fought with determination and humour against intolerance and religious fanaticism.

Died in 1778 in his maid’s room, Voltaire was taken to the Pantheon in 1791, after the Revolution, and left his imprint of genius forever to inhabit the walls of the Restaurant building.

LE VOLTAIRE, A “SECRET” CANTEEN FOR ARTISTS AND ACADEMICS

It was to replace old stables at the end of the 19th century that Le Voltaire was created. A bold idea from Jacques and Antoine Picot, father and son, who set out to seduce a demanding clientele, pampered by traditional service and immersed in a warm and elegant atmosphere.

It is a real success. Word of mouth is quickly spread and Le Voltaire becomes a highly recommended historical site. An out-of-fashion classic that French Academicians consider to be their “secret” canteen. A table full of history and history that serves traditional French cuisine, based on prestigious products.

Generations follow one another and Le Voltaire is entrusted from father to son until 2016. After several years of research, the Picot family was seduced by the ambitions of three friends, passionate about French gastronomy, and entrusted them with the future of the Voltaire. The new bosses pushed the walls and created a second room and entrusted the renovation work to the famous decorator, Gilles Guillot. Customers enjoy the space saving. The Voltaire is modernizing while keeping its old soul. A new wooded decoration, always as venerable and respectable as ever, which allows everyone to eat discreetly.

A MUST FOR PARISIAN TABLES

Today, the Voltaire is a must on the Parisian table.

Chef Tony Ducroq offers a traditional gourmet cuisine, tasty and delicate with seasonal products. All products are carefully selected from the best suppliers in the sector and from crops and livestock that respect animals and the environment.

The daily dishes made “minute” follow the trend and the seasons; the specialities remain as they are and go through the ages.

But no word or sentence will suffice to describe the culinary experience that can be experienced at Le Voltaire. We are waiting for you on site, so that you can get an idea of it for yourself.